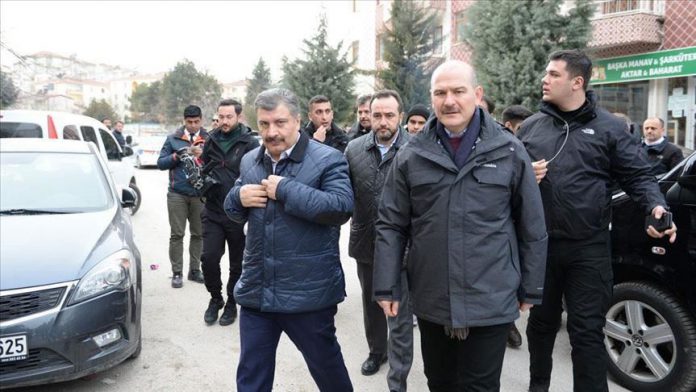 A group of key Turkish Cabinet ministers on Tuesday pledged continued help for the victims of last week’s earthquake in eastern Turkey.

Urgent help for rent on 58 buildings that collapsed during the earthquake in the city of Sivrice, in the Elazig province, the quake’s epicenter, will be sent today, Interior Minister Suleyman Soylu told reporters at the Elazig Governorship.

Nearly 5,100 personnel and around 1,000 members, representatives, and volunteer of NGOs continue to work, and the razing of damaged buildings has already begun, he added.