TurkishPress
Home National ‘Turkey has suffered most from disinformation campaigns’ 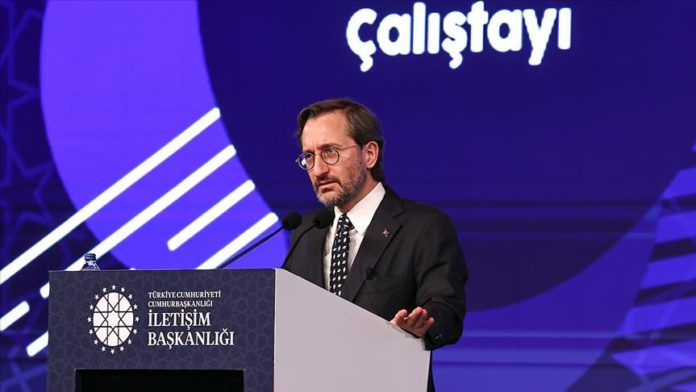 Turkey is the country that has suffered the most from the global disinformation problem, the country’s communications director said on Sunday.

Speaking at the joint opening meeting of the Strategic Communication and Fight Against Disinformation workshops, Fahrettin Altun said Turkey is the focus of disinformation campaigns in the international arena.

Citing a study conducted by the Reuters Institute for the Study of Journalism in 2018, Altun said Turkey is the country that has experienced this global disinformation problem the most.

Turkey has undergone a transformation process, which is in favor of the Turkish nation and its national interests, he said, adding that there is an intense alliance of international actors to eliminate the gains of Turkey through disinformation.

Noting that disinformation in modern democracies is primarily used to create social chaos, political instability and economic crisis, Altun said that all those tools are used to “create the possibility of foreign intervention.”

He emphasized that the politics of disinformation is a process that brings ghettoization and polarization in the social, political, and cultural spheres, and that it is an element that harms the social structure, national unity, and integrity.

It is a “national duty” to prevent disinformation, Altun added.