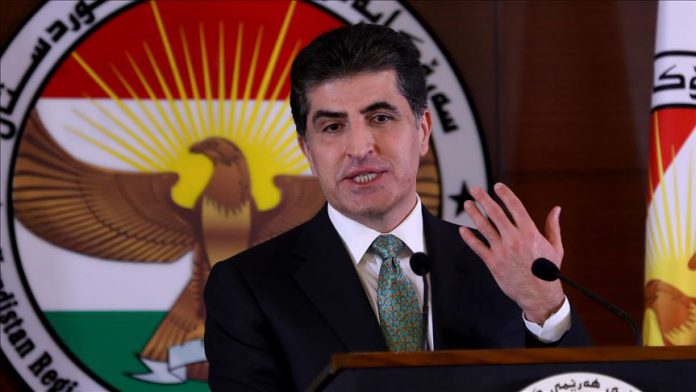 Turkey does not have any problems with Kurds in Syria and it only aims to fight a PKK-affiliated terror group there, said president of Iraq’s Kurdish Regional Government (KRG).

Speaking at a panel held by Erbil-based Middle East Research Center (MERI), President Nechirvan Barzani commented on Syria and the PKK terror group, whose Syrian offshoot is the YPG.

Barzani said he was informed about Turkey’s clear stance against the terror group, adding he agreed with the perspective of Ankara that the terror group also posed a threat to the local Kurds living in Syria.

Read more: ‘Turkey has no problems with Kurds in Syria’