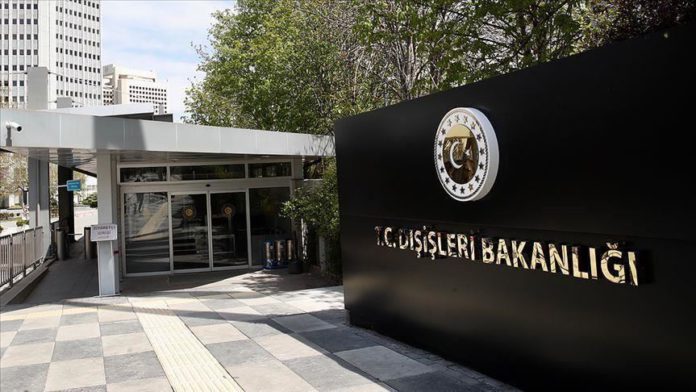 “The UN mechanism in question plays a vital role in providing around 2.8 million vulnerable people in northwestern Syria with humanitarian aid,” the ministry said in a statement.

“In this respect, it is seen as important to maintain the mechanism even though it is reduced to one border gate,” it said, referring to the adoption of an extension of the UN Security Council’s authorization in cross-border aid to Syria on July 11.

The 15-member council reduced the number of gates for aid deliveries from Turkey to Syria to one. Now only the Bab al-Hawa border crossing opposite the Cilvegozu crossing point will remain open for aid delivery for another year.

The council had to revise the initial resolution to prevent Russia’s veto and to renew the authorization, which was in effect since 2014 and expired Friday.

It noted that excluding the route from the mechanism will make it harder to provide around 1.3 million civilians in Syria’s Aleppo region with humanitarian aid as well as increasing the responsibility Turkey has undertaken since the start of the civil war in neighboring Syria.

“In this context, Turkey will continue to show efforts to maintain humanitarian aid activities to Syria without a halt,” it said, adding the country will coordinate and cooperate with the UN and the related institutions to overcome the additional challenges that will be caused by the change in the mechanism.

Syria has been locked in a vicious civil war since early 2011 when the Bashar al-Assad regime cracked down on pro-democracy protests.