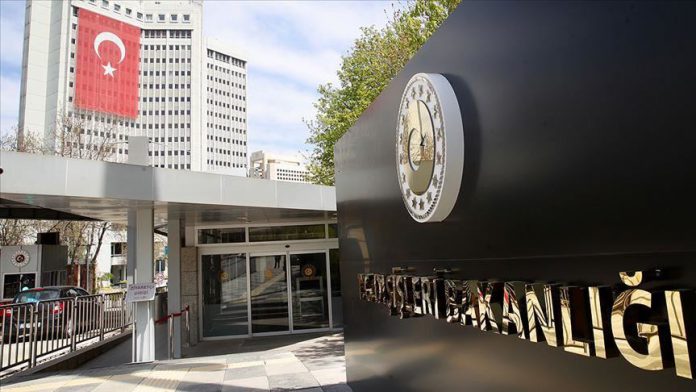 Turkey on Sunday praised British judicial authorities for the recent arrest of the father of an accused YPG/PKK terrorist on charges of bankrolling terrorism.

Hami Aksoy, Turkish Foreign Ministry spokesman, said Turkey welcomed the arrest of Paul Newey as well as the reasoning behind the arrest.

Calling the case important for designating the YPG as the Syrian offshoot of the terrorist group PKK, Aksoy said Ankara expects this case to set an example for all foreign terrorists operating under the terrorist YPG/PKK banner and those funding terrorism.