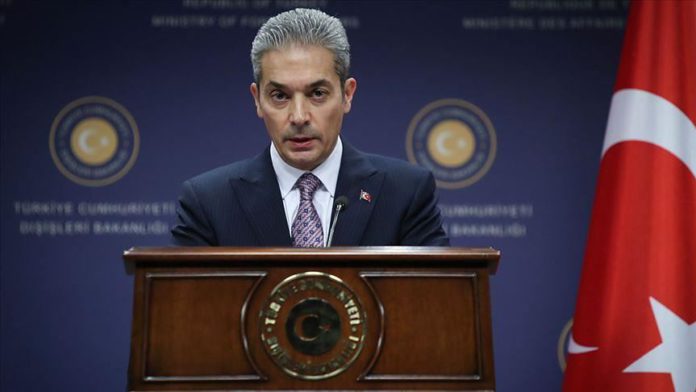 Turkey has welcomed the consensus within the Organization for Security and Cooperation in Europe (OSCE) on reaching “a comprehensive and lasting” cease-fire on Monday for eastern Ukraine.

“We welcome the agreement reached by the OSCE Trilateral Contact Group on additional strengthening measures to establish a ceasefire in eastern Ukraine as of 27 July 2020,” the Foreign Ministry said in a statement late on Sunday.

“We expect all relevant parties to act in line with this agreement,” the statement added.

“Turkey will continue to support efforts aimed at ensuring peace in the region on the basis of preserving the territorial integrity of Ukraine and the implementation of the Minsk Agreements,” said the statement.

The Minsk Agreement, signed in 2015 by the leaders of Ukraine, Russia, France, and Germany and overseen by the OSCE, was drafted to stop hostilities in eastern Ukraine.

Moscow and Kiev have been at loggerheads since 2014, when Russia annexed Ukraine’s Crimea Peninsula, a move widely viewed as illegal, including by Turkey and the UN General Assembly.

Ukraine also blames the Kremlin for separatist violence in Donbass, in the country’s east, near its border with Russia, which has claimed some 13,000 lives.