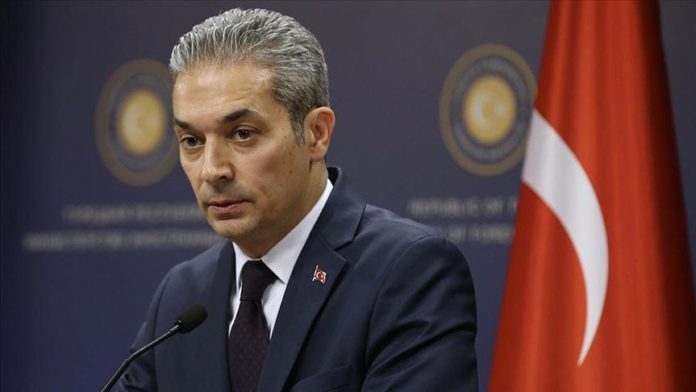 Turkey on Wednesday welcomed the extension of the Strategic Arms Reduction Treaty (START) between the US and Russia for another five years.

“We welcome and support the decision of the United States and the Russian Federation to extend the New START Treaty for five years,” Foreign Ministry spokesman Hami Aksoy said in a written statement.

Highlighting the global importance of the treaty ensuring strategic stability between the two countries, Aksoy recalled that the deal limits nuclear capabilities of the US and Russia.

“We hope that this important step will contribute to the efforts to strengthen the arms control regime and to address challenges to global security,” he added.

In 2010 former US President Barack Obama and Russian President Dmitry Medvedev, signed a successor agreement, called NEW START, which set a limit of no more than 1,550 deployed warheads and 700 missiles, including inspections to verify compliance with the deal. Its expiration date was fixed on Feb.5, 2021.