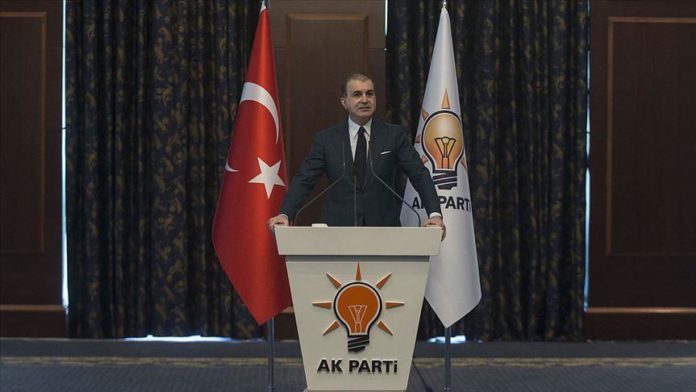 Turkey’s ruling party spokesman on Wednesday hailed demands for equality as anti-racist protests continue in the country after the killing of African-American man George Floyd.

Turkey is against all groups trying to turn legitimate protests in the US violent and bring public order under their destructive influence, said Omer Celik, spokesman for the Justice and Development (AK) Party, after a party board meeting.