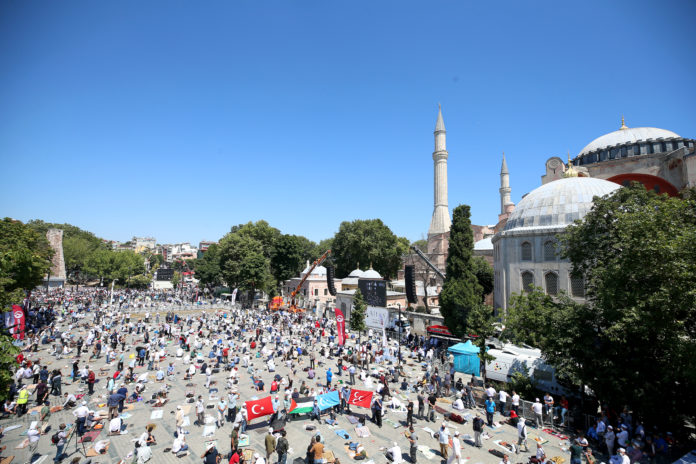 Before the Friday prayers, Turkish President Recep Tayyip Erdogan recited from the Quran inside the reopened mosque, choosing from both the Surah Al-Fatihah and the Surah Al-Baqarah.

Besides being a working mosque, Hagia Sophia is also among Turkey’s top tourism destinations for domestic and foreign visitors. 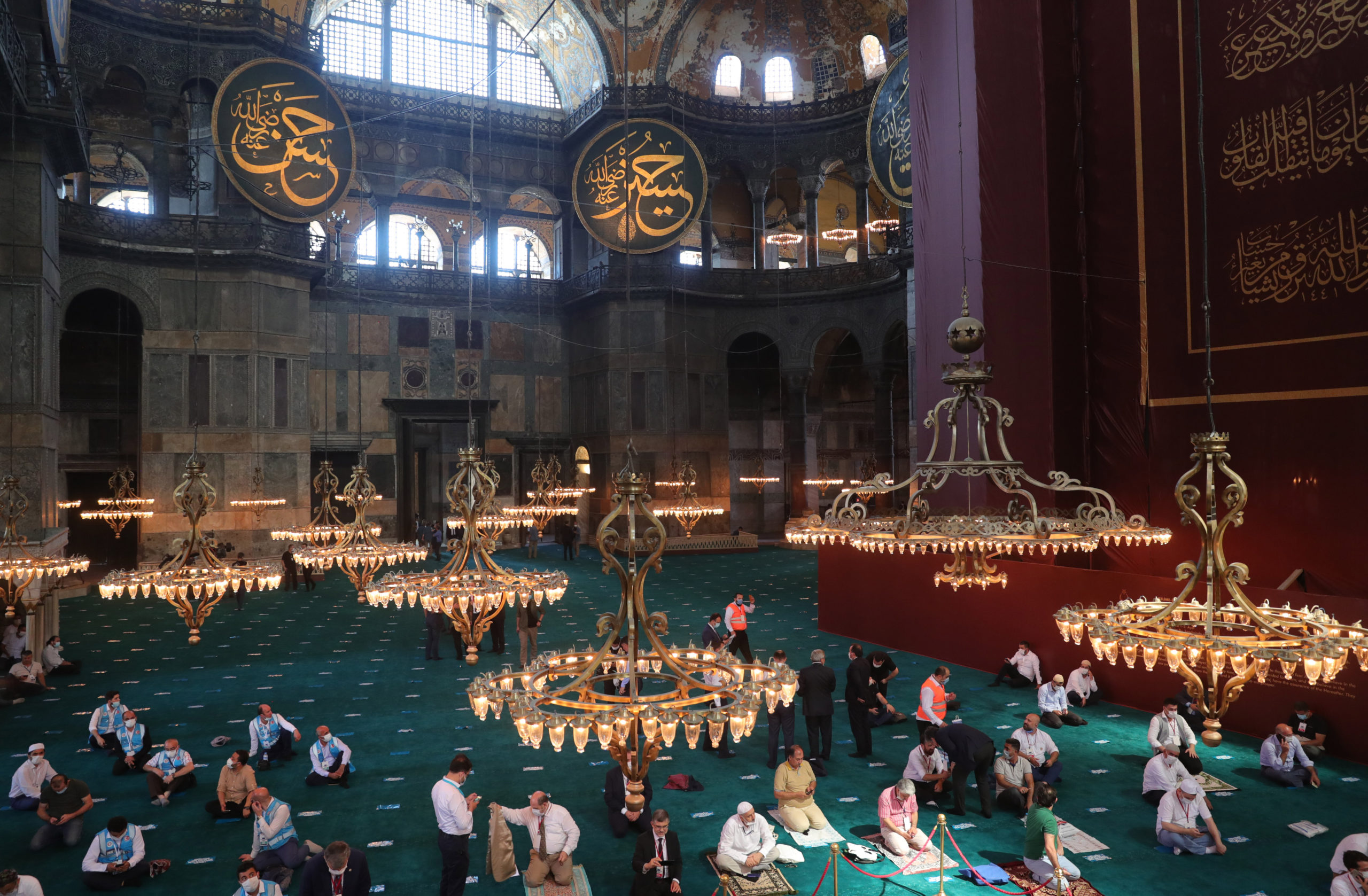 Erdogan and other Turkish leaders had long advocated its restoration to a working mosque, open for worship.