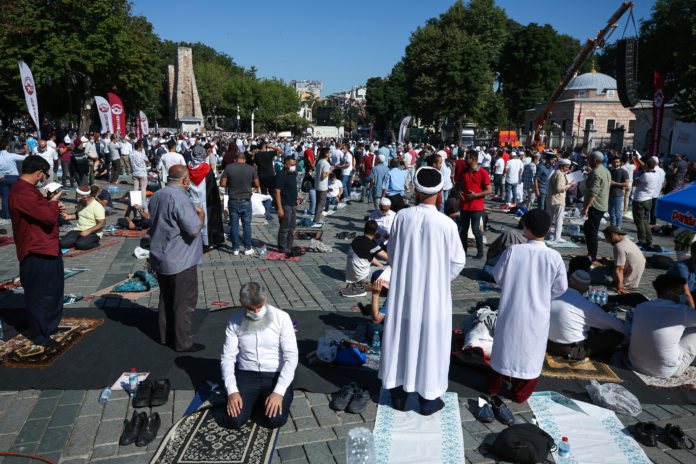 Turkey’s iconic Hagia Sophia Mosque will reopen for worship for the first time in 86 years with Friday prayers on Friday.

On Thursday, Turkey’s top religious authority appointed three imams and five muezzins for Hagia Sophia Mosque, an iconic landmark in Istanbul all set to open for prayers on Friday.

Boynukalin is a professor at the Religious Sciences Department of Marmara University, Erbas said, noting that they appointed renowned scholars as imams in line with the Ottoman tradition.

During the prayers, the paintings, depictions, and mosaics will be closed with the curtain system and it will be reopened after prayers in the mosque whose floor is covered with carpet.

Preparations for the ceremony to be held due to the re-opening of the Hagia Sophia Mosque for worship after 86 years have been completed.

The opening, which will include guests from all segments of the society, will begin with the prayer program of the Presidency of Religious Affairs.

Erdogan calls on nation to comply with virus measures