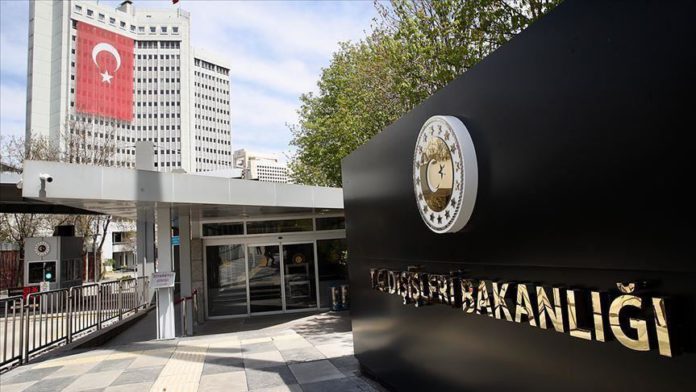 Turkey is protecting its legitimate rights and interests in the Eastern Mediterranean region, and the EU should focus on those taking unilateral and provocative actions in the region, said the Turkish Foreign Ministry on Saturday.

Responding to a statement from a Friday EU Foreign Affairs Ministers meeting reaffirming the bloc’s “full solidarity” with Greece and the Greek Cypriot administration, the ministry said on Twitter that Europe should take action against those who defy the rights of Turkey and the Turkish Cypriots.

Celik said the threatening language of some actors is doomed to fail while those who pursue dialogue on a legal basis will prevail.

The “Greek drama” in the Eastern Mediterranean has no legal basis, and France is making “frivolous” statements, he added.

Arguing that Athens wants to turn its own policy into the EU’s, Celik said French President Emmanuel Macron sought to cover up his failures in other issues through interference in the Eastern Mediterranean.

Vice President Fuat Oktay, for his part, said Turkey is trying to expand cooperation and diplomacy in its region, especially the Eastern Mediterranean.

Stressing that the Oruc Reis – a Turkish-flagged energy exploration ship – is resolutely operating within Turkish maritime borders in the Eastern Mediterranean, he said actors seeking to confine Turkey to its mainland are doomed to lose in the end.

The ship will continue a two-week mission until Aug. 23 along with the Cengiz Han and Ataman.

Turkish President Recep Tayyip Erdogan said the only solution to the dispute is through dialogue and negotiation and urged Athens to respect Turkey’s rights.