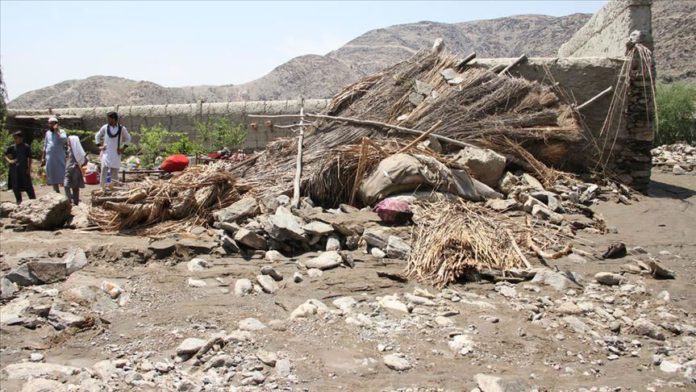 Turkey on Thursday extended its condolences to Afghanistan over recent deadly floods in the country’s north.

“We are saddened to receive the news that as a result of a flood disaster in various provinces of Afghanistan, more than 100 people have lost their lives and an extensive damage has occurred,” the Foreign Ministry said in a statement.

“We wish Allah’s mercy upon those who lost their lives, wish a swift recovery to the injured and convey our condolences to the friendly and brotherly people and Government of Afghanistan,” it added.

Images circulating on the social media show destruction on a mammoth scale in Afghanistan’s northern Parwan province and surrounding areas with volunteers digging out bodies of mostly women and children from the remains of mud houses.

According to the Afghan authorities, the death toll is over 100 and more than 200 injured, with hundreds of homes destroyed.

The death toll is likely to rise as many people are believed to be trapped under the debris of fallen houses in the remote parts of the province. Most of the victims are women and children.

Over 6,000 evacuated in Philippines as volcano erupts