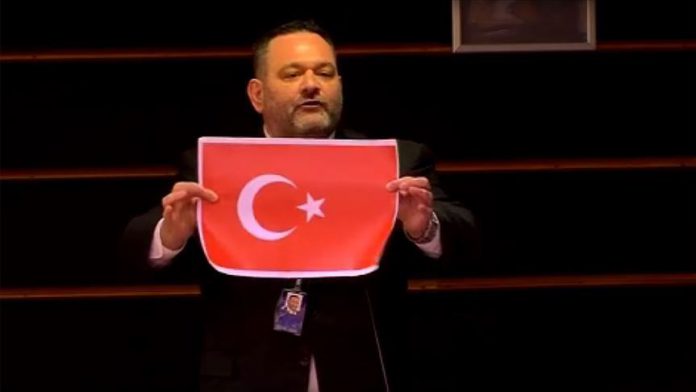 A Greek parliamentarian who ripped apart a Turkish flag on the floor of the European Parliament will face a criminal investigation in Turkey, Turkish prosecutors announced Friday.

Prosecutors in the capital Ankara said Ioannis Lagos, a far-right Greek MEP, will be investigated for insulting the sovereignty of the state under Article 300 of the Turkish Criminal Code.

During an EP debate Wednesday over a large number of migrants on Greek islands, Lagos blamed Turkey for the “stream of migrants coming into” his country and “getting away with whatever it likes.”

He then tore a Turkish flag made of paper