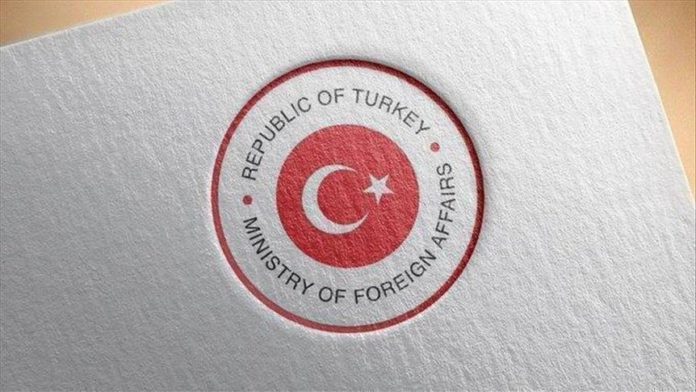 Turkey “rejects the court’s decision that contradicts the ECHR decision and expects Greece to register the NGOs of the Turkish Minority of Western Thrace without discrimination” in line with the European court decisions, said a Foreign Ministry statement.

On Wednesday, an application by the Xanthi Turkish Union – one of the oldest associations of the Turkish minority in Greece – to reregister was rejected by Greece’ Court of Cassation, denying for a third time the group’s nearly four-decade struggle to simply choose its own name.

Under a 2008 ECHR ruling, the right of Turks in Western Thrace to use the word “Turkish” in the name of associations was guaranteed, but Athens has failed to carry out the ruling, effectively banning the Turkish group identity.

Greece’s Western Thrace region is home to a Muslim Turkish community of around 150,000.

In 1983, the nameplate of the Xanthi Turkish Union (Iskece Turk Birligi) was taken down, and the group was completely banned in 1986, on the pretext that the word “Turkish” was in its name.

To apply the ECHR decision, in 2017 the Greek parliament passed a law enabling the banned associations to apply for re-registration, but the legislation included major exceptions that complicated the applications.

Turkey has long decried Greek violations of the rights of its Muslim and Turkish minority, from closing down mosques and shutting down schools to not letting Muslim Turks elect their own religious leaders.

These measures violate the 1923 Treaty of Lausanne as well as European Court of Human Rights (ECHR) verdicts, making Greece a state that flouts the law, say Turkish officials.