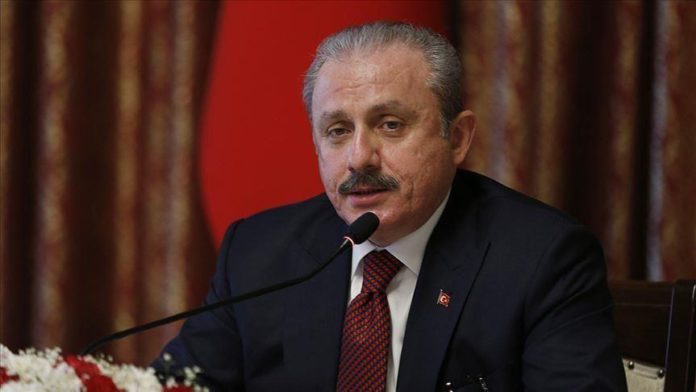 Turkey is grateful to Bosnia and Herzegovina for supporting the Turkish government during the 2016 defeated coup staged by the Fetullah Terrorist Organization (FETO), the Turkish parliament speaker said on Tuesday.

Mustafa Sentop’s remarks came during his meeting with Milorad Dodik, the Chairman of the Presidential Council of Bosnia and Herzegovina, in the capital Ankara.

“We are grateful for the determined and sincere solidarity by Bosnia and Herzegovina during the treacherous coup attempt by FETO in our country on July 15, 2016,” Sentop said.

“I would like to emphasize that we expect your continued support in our fight against FETO and your close cooperation in line with the requests submitted by our judicial authorities,” he said.

FETO and its US-based leader Fetullah Gulen is accused of orchestrating the defeated coup of July 15, 2016, in Turkey, in which 251 people were martyred and 2,734 injured.