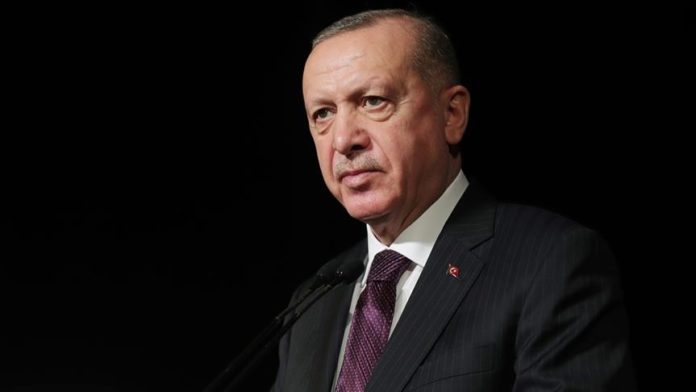 Turkey is in discussions with Germany for joint production of a novel coronavirus vaccine, Turkish President Recep Tayyip Erdogan said Friday in Istanbul.

“In our negotiations with Germany, there is also the matter of joint vaccine production. TUBITAK [Scientific and Technological Research Council of Turkey] continues its work on this issue,” Erdogan said.

Last week, Turkey’s Health Minister Fahrettin Koca said his country and German firm BioNTech struck a deal under which an initial 550,000 doses of the Pfizer-BioNTech vaccine would be sent to the country in early 2021 at the latest.

According to Koca, 4.5 million doses of the vaccine will be sent to Turkey by the end of March 2021 under the agreement. Turkey could have access to up to 30 million doses as part of the deal, he added.

President Erdogan stressed that Turkey had made progress in vaccine procurement, adding that some 3 million doses have been received and these efforts would continue.

Erdogan was referring to the arrival Wednesday of the first shipment of CoronaVac jabs from the Chinese firm SinoVac Biotech. Koca said on Twitter that vaccinations would start after 14 days of testing the vaccine in Turkish labs.

He also noted that work to develop an indigenous vaccine also continued.

Describing 2020 as a year “full of pain for all of humanity,” Erdogan said it had been “a really busy year.”

“We hope that thanks to the measures taken, 2021 will be a year of decline [in the number of COVID-19 cases],” he added.

As of Thursday, Turkey registered a total of 20,881 deaths due to the coronavirus, while over 2.1 million people have recovered from the disease. Currently, there have been over 2.2 million confirmed cases in the country.

Turkey has been implementing curfew on weeknights and full weekend curfews since Dec. 5 as part of measures to stem the spread of coronavirus.

The country is currently under a holiday curfew for New Year that started Thursday evening and will continue until 5 a.m. on Jan. 4.

COVID-19 has claimed more than 1.82 million lives in 191 countries and regions since it originated in China last December.

Over 83.5 million cases have been reported worldwide, with more than 47.1 million recoveries, according to figures compiled by the US’ Johns Hopkins University.