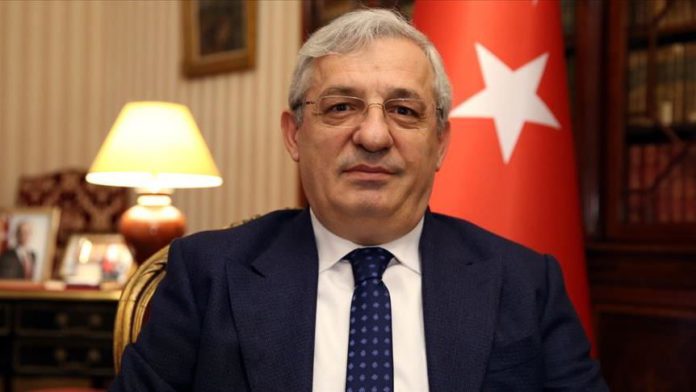 “We need to accept that we had better days in the past. However, the process we are going through today is cyclical. There are, of course, serious disagreements today between the two nations, but it would be exaggerating to speak of an irrevocable point between Turkey and France,” Ismail Hakki Musa told the France 24 TV channel during a live broadcast.

“No matter the conditions, the Turkish and French nations are close friends,” Musa said.

Noting that dialogue is still possible between the two countries, he added that it is natural to have different ideas.

Musa said France wanted to stand with Greece for its own reasons, but “it would be better not to stand with a side that cannot get along well in the region, and an opposite attitude will only contribute to a rise of tensions.”

Recalling that Turkey submitted the notice of its continental shelf delimitation to the UN Security Council, of which France is a permanent member, in 2004, Musa said Turkey’s Oruc Reis seismic research vessel carries out activities within that area.

He also reminded that the Greek Cypriot administration signed agreements with Egypt, Lebanon and Israel between 2003 and 2018 and Greece signed an agreement with Egypt that violates Turkey’s continental shelf.

Musa said those countries also started drilling activities in the Eastern Mediterranean in 2011 and added that Turkey’s warnings and calls for dialogue that such activities cannot be carried out in an area where the delimitation is not determined were left unattended.

“In the end, Turkey had no choice but to initiate its own drilling activities in 2018. The deal reached with Libya should also be seen from this angle, as we cannot sit back and watch when activities violating our sovereignty rights in our continental shelf are being conducted,” he said.

Turkish officials have decried France’s interference in the Eastern Mediterranean dispute, pointing out that it has no territory in the region. Commentators have argued that President Emmanuel Macron is trying to distract from his political failures.