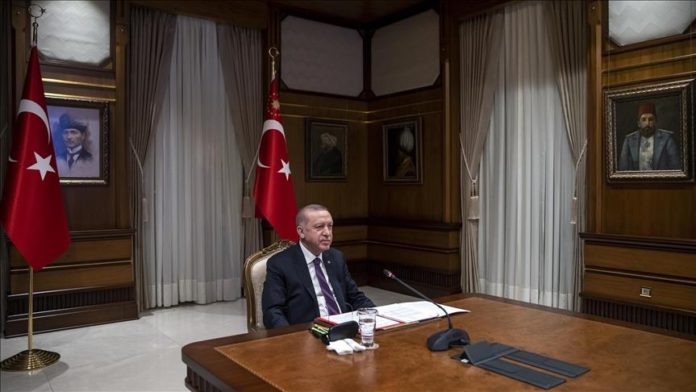 Cooperation between Turkey and France can contribute greatly to security, stability, and peace efforts in the world, the Turkish president said in a conversation with his French counterpart on Tuesday.

“As two strong NATO allies, we can make significant contributions to security, stability, and peace in a wide geography; from Europe to the Caucasus, the Middle East, and Africa,” President Recep Tayyip Erdogan said in a video conference with Emmanuel Macron, according to Turkey’s Communications Directorate.

He noted that 2021 marks the centennial of the Ankara Agreement, which is the basis of Turkish-French bilateral relations, and said the two countries have “serious cooperation potential.”

Erdogan said the two countries can take joint steps to fight terrorism, stressing that the menace threatens both countries and their people.

“We hope Turkey and France can act in solidarity on all these issues,” he said.