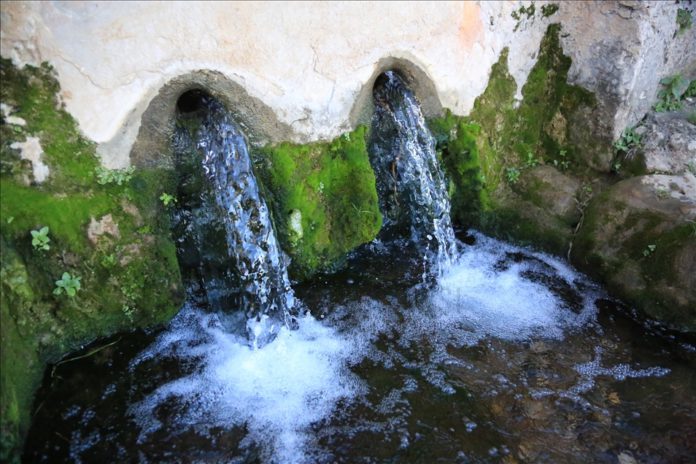 Water began to flow from a castle fountain in Becin Ancient City in southwestern Turkey after approximately 700 years because of excavation and restoration work.

Becin Ancient City, which is on the UNESCO World Heritage Tentative List, is located in the Milas district of Mugla and was the capital of the Menteseogullari Principality.

Professor Kadir Pektas, chief of the excavation team, told Anadolu Agency that the city dates to 2000 B.C. but it earned its importance during the Menteseogullari sultanate in the 13th and 14th century.

He said the team conducted restoration work in addition to excavations in the city.

Noting that the work was a single-sided Turkish fountain with pointed arches built during the Mentese Principality, he said that thanks to restoration work, destruction was prevented.

“The castle and walls will also be restored and the castle will regain its former glory,” he said.

The castle, which is 5 kilometers (3 miles) from Milas district, was built during the Byzantine period and stones of ancient buildings around it were used in its construction, according to historical sources.

It was repaired and used in the Menteseogullari period, which dominated the region.

UNESCO described the Menteseogullari as one of the “most important” sultanates in terms of cultural elements they left in western Anatolia which could be accepted as the first examples representing the characteristics of the Ottoman.

“The architectural remains of Becin city not only enlighten the Western Anatolian architecture of that period but also the form of the first Turkish settlements in that region,” UNESCO said in its description statement.

The archaeological site in Becin has been systemically excavated since 1972 and in 2000, a hoard of coins, 60,000 of which are from the Ottoman period, was found, it said.

‘Turkish-Italian relations based on mutual trust’

US consumer confidence down in January