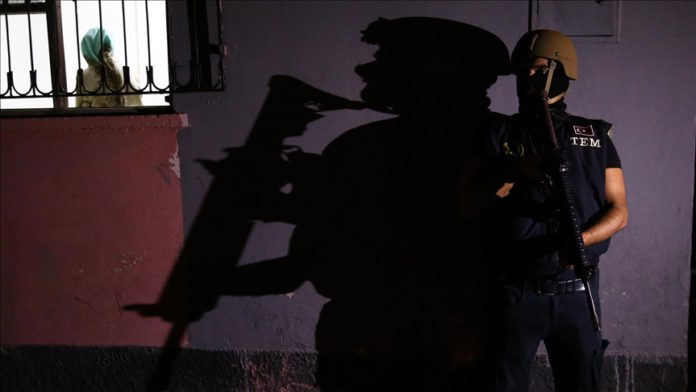 Security forces arrested a Syrian national in central Turkey on Thursday over suspected links to the PKK/YPG terror group, said a security source.

The suspect was learnt to have received training to use bomb and weapons in the terror group’s camps in Syria.

The police raided a previously determined address to arrest the suspect, said the source who asked not to be named due to restrictions on speaking to the media.

The suspect was sent to the local immigration authorities to be deported after legal procedures at the police station.

In its more than 30-year terror campaign against Turkey, the PKK – listed as a terrorist organization by Turkey, the US and the EU – has been responsible for the deaths of some 40,000 people, including women, children and infants.