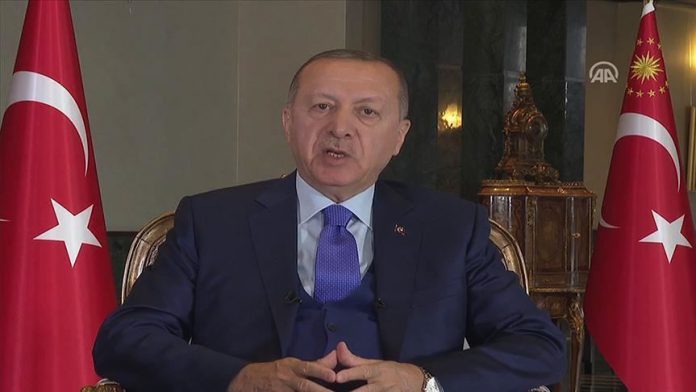 Turkey’s latest steps completely foiled the plots to exclude the country from the Eastern Mediterranean, the Turkish president said Tuesday.

“The project to exclude Turkey from the Mediterranean has been foiled with the latest steps we have taken,” Recep Tayyip Erdogan said in his address to the nation.

“With support to the legitimate Tripoli government, Turkey will ensure implementation of all elements of agreements with Libya,” Erdogan added.

Turkey’s presidency on Monday submitted a motion to the Parliament Speaker’s Office on sending troops to Libya. The parliament is set to debate the motion on Thursday.