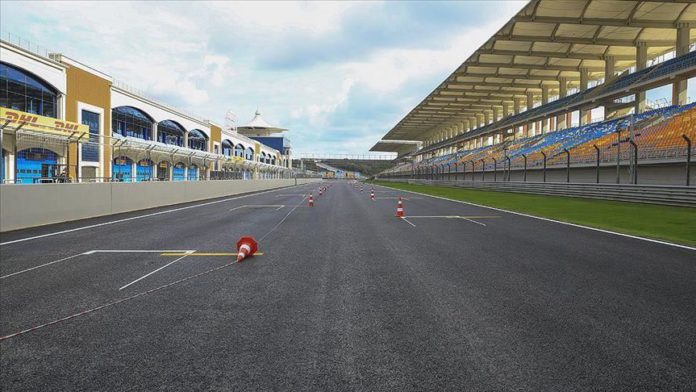 Turkey has been counting days for the next weekend’s Grand Prix in Formula 1 after a long break as all preparations are ready for the top-flight motorsports event.

“We are very happy to bring Formula 1 back to Istanbul after a nine-year break. We have been closely following this project ever since President Recep Tayyip Erdogan assigned it to us four years ago. Eventually, this year, Formula 1 has come back to Turkey,” Intercity CEO Vural Ak told Anadolu Agency.

The Formula 1 DHL Turkish Grand Prix will be held in the Intercity Istanbul Park on Sunday, Nov. 15.

“All preparations [at the venue] are done. Decorations are underway. Billboards have been placed. Some minor cleaning and landscaping have been done. We have already finished all the major work,” Ak said and adding that the Turkish transport ministry renewed the asphalt [of the track].

“The Istanbul Metropolitan Municipality helped us a lot in the repair works, except the cleaning, landscape, and asphalt renovation.”

Ak said that Formula 1 has become a very popular sports branch in the globe.

“In recent years, Formula 1 has been one of the most-watched motorsports and, generally, it has become a sport loved even more than football,” he said and adding that they wanted to bring this race to the F1 calendar back to help promote Istanbul and Turkey.

“I am very happy that we have done it. Now we are counting down the days. Only one week to go.”

Hamilton may clinch 2020 title in Istanbul

“Perhaps, this season’s champion will be unveiled at the Intercity Istanbul Park. Lewis Hamilton is leading the drivers’ standings but has not secured the title yet. With the points that he gets here, Hamilton may be crowned the 2020 champion,” Ak said.

The Turkish Grand Prix is the fourth last race of the season. There are only three more races [after it].

No financial burden on Turkish state

The Turkish Grand Prix did not impose any financial burden on the Turkish state as the private sector covered the expenses.

“As Intercity, we have brought Formula 1 back to Turkey without imposing any financial burden on the state. I think this is the ideal formula,” Ak remarked.

“Hosting it under the auspices of the Turkish state and president has given us a lot of advantages in the operational aspect. But it was right not to pass on the financial burden [to the state] during such times of economic hardships. Unlike other races or sports, this was not organized on the Turkish state’s expense.”

Ak said that it’s a difficult work model and the private sector covered it, but its financial burden is very high.

He added that he’s trying to retain the Turkish Grand Prix, talking with organizers.

Turkish Grand Prix to be behind closed doors

The ongoing coronavirus pandemic forced Turkey to organize the race without spectators.

The Istanbul Governorship confirmed last month that the contest will be held behind closed doors due to COVID-19 fears.

Turkey is set to host a Grand Prix for the first time since 2011.

The Round 14 of the season will take place at the Intercity Istanbul Park in Tuzla district, located in the city’s Asian side on Nov. 15.

The circuit’s length is 5.3 kilometers (approximately 3.3 miles) and drivers will have 58 laps.