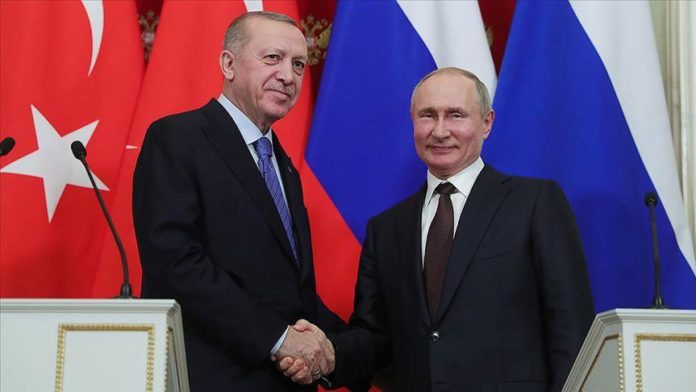 In a phone call on Wednesday, the Turkish president and his Russian counterpart discussed the ongoing Armenia-Azerbaijan conflict, an official statement said.

Recep Tayyip Erdogan told Vladimir Putin that Turkey is in favor of a permanent solution to the Azerbaijan-Armenia dispute over Upper Karabakh within the framework of its status in the Minsk Group and the bilateral relations, Turkey’s Directorate of Communications said in a statement.

Armenia, which created a new crisis by attacking Azerbaijani territories, is trying to make its occupation lasting for nearly 30 years permanent, Erdogan said.

Also addressing the Syrian crisis, the Turkish president stressed that the momentum reached in the process of political solution on the crisis must be maintained. The duo also discussed the latest situation in Libya.

But Armenian forces Sunday launched a missile strike on Azerbaijan’s second-largest city Ganja — although the region is outside the front line zone — killing 10 civilians and injuring 35.