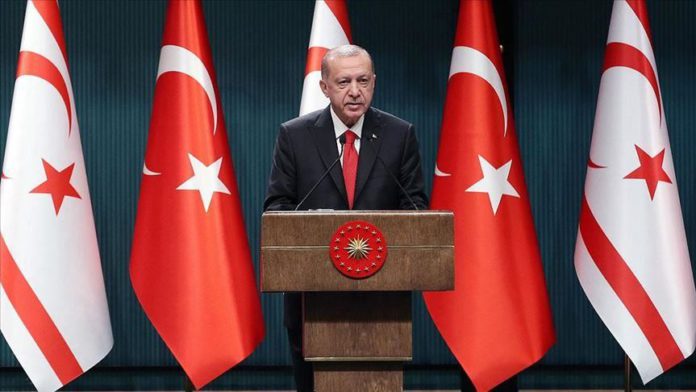 Turkey is in favor of a fair, permanent, sustainable solution on Cyprus, Turkey’s president said on Monday.

“The efforts of the Turkish side alone are not enough for a solution, Recep Tayyip Erdogan told reporters after meeting with Ersin Tatar, the newly elected president of the Turkish Republic of Northern Cyprus (TRNC).

He added: “It is obvious that the Greek side has no intention of accepting a solution on the basis of the equal partnership of the Turkish Cypriot people.”

The reason for the current situation in the Eastern Mediterranean is the Greek/Greek Cypriot duo, who have not heeded Turkey’s warnings since 2003 and have ignored its constructive suggestions, said Erdogan.

Erdogan said that he will pay a visit to Northern Cyprus on Nov. 15.

Last Friday Tatar was sworn in as the country’s president.

For his part, Tatar hailed Turkey’s proposal for a five-party conference on the Cyprus issue, calling it the “last chance for an agreement.”

Ukraine does not expect Russian attack in Donbas