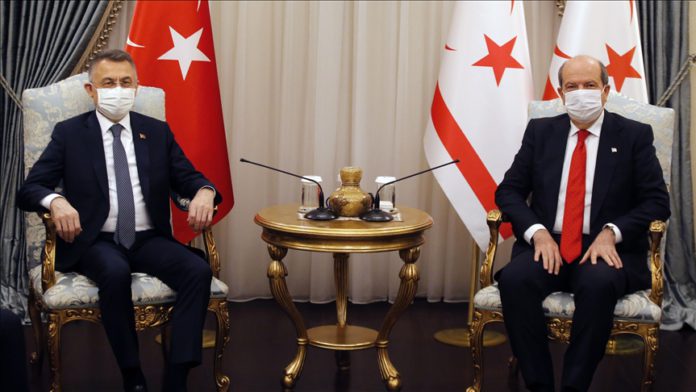 Turkey believes in a fair and permanent solution to the Cyprus issue, the country’s vice president said during a visit to Northern Cyprus on Wednesday.

“We stand against injustice and stand by the will for a solution on the Cyprus issue. The Turkish side favors a fair, permanent solution,” Fuat Oktay told a joint press conference in Lefkosa, the Turkish Cypriot capital, with Ersin Tatar, president of the Turkish Republic of Northern Cyprus (TRNC).

Stressing that Turkey will never abandon Northern Cyprus, he said there are two separate communities, democracies, and states on the island.

Oktay called on the European Union to take a more impartial, just, and fair approach to the issue.

For his part, Ersin Tatar said that they definitely stand in harmony with Turkey on the Cyprus issue.

Turkish officials favor negotiations based on sovereign equality to resolve the decades-long issue.