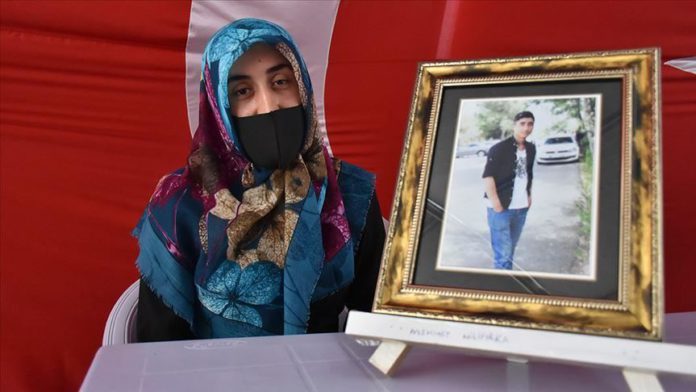 A sit-in in southeastern Turkey by families pleading for the return of their children kidnapped by the YPG/PKK terror group has entered its 283rd day.

The protest started on Sept. 3, 2019 in Diyarbakir province outside the offices of the Peoples’ Democratic Party (HDP), a party accused by the government of having links to the YPG/PKK.

Zekiye Bozdag, whose brother was abducted last year, called on him to surrender to the security forces.

Turkan Mutlu, 43, mother of Ceylan Tekin, came all the way from Turkey’s northwestern province of Bursa, in the hope of finding her daughter.

Her daughter, 24, disappeared seven years ago when she was just 17 and preparing to study sociology at Turkey’s Balikesir University.

“These children are now in the mountains due to HDP. My child has been there for six years. They have dashed our hopes. I want my child back. I will not leave my daughter to HDP or PKK,” she said.