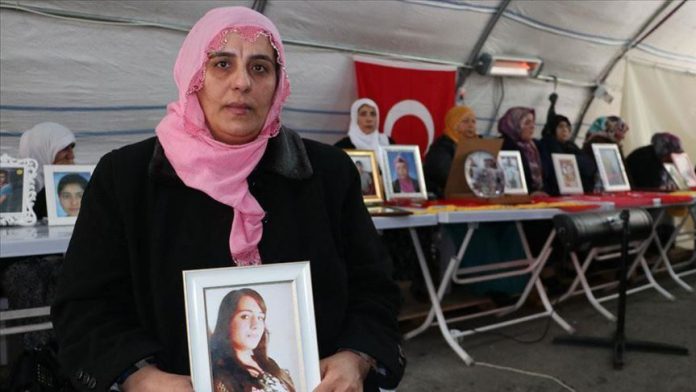 On its 124th day, many families took part in an ongoing months-long sit-in protest outside the provincial office of a political party in southeastern Turkey against the YPG/PKK terrorist group.

Dozens of mothers started the protest on Sept. 3 outside the Diyarbakir offices of the Peoples’ Democratic Party (HDP), a party accused by the government of having links to the terrorist YPG/PKK, when Fevziye Cetinkaya, Remziye Akkoyun, and Aysegul Bicer said their children had been forcibly recruited by PKK terrorists.