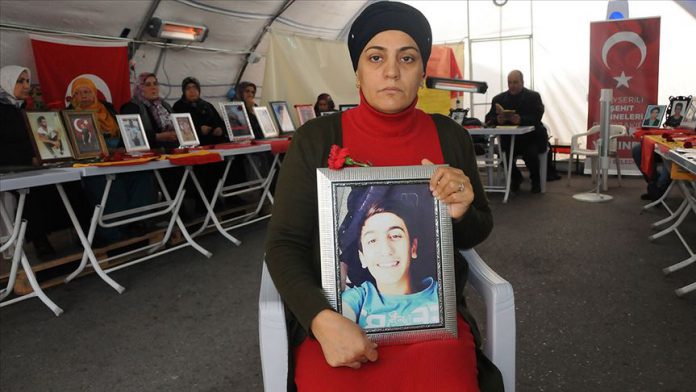 It was 109 days ago when a woeful mother started a sit-in protest against the YPG/PKK terror group in southeastern Turkey and it later snowballed.

Dozens of families have been staging a sit-in protest in Diyarbakir against the YPG/PKK outside the provincial office of a Turkish opposition party, Peoples’ Democratic Party, long accused by the government of having links to the PKK.

The protest started on Sept. 3 after a mother, Fevziye Cetinkaya, said her 17-year-old son had been forcibly recruited by the YPG/PKK through members of the HDP.

Since then, the number of families in front of