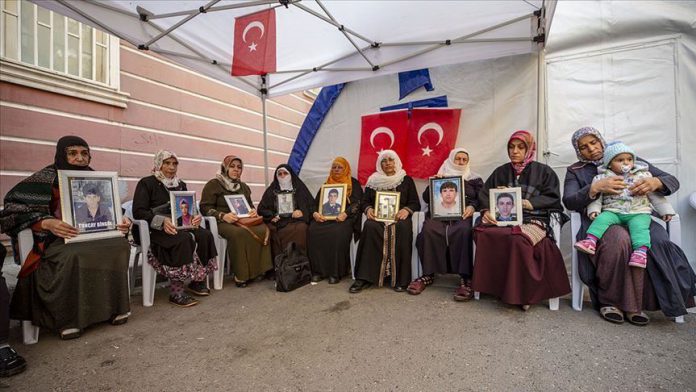 Families, who claim their children were abducted by PKK terror group through an opposition political party have sought international help.

Accusing Peoples’ Democratic Party (HDP) of the abduction of their children, families had started a sit-in protest, outside the HDP’s provincial office in southeastern Diyarbakir on Sept 3. The Turkish government also accuses the HDP of having links to the YPG/PKK terror group.

While sitting outside the HDP office, families asked Europe, the U.S., and Russia, to end their support to the terror groups and help in bringing