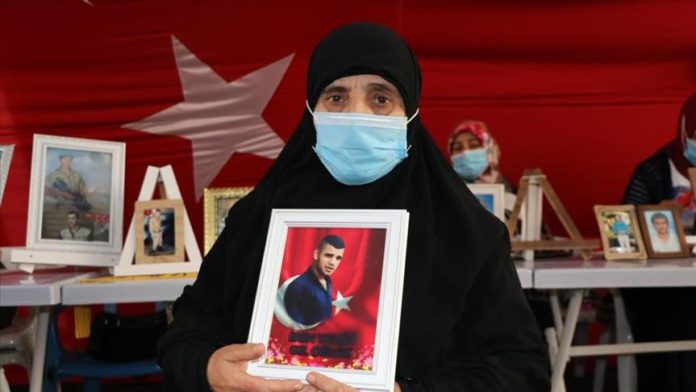 A sit-in by families whose children have been kidnapped by YPG/PKK terrorists entered its 480th day on Friday.

Fadime Aksu, whose son was abducted by the terror group seven years ago, said they were determined to continue the protest.

Aksu, who came from the northwestern province of Kocaeli to join the protest, said: “You deceived my son, you took him away. I won’t leave here. I won’t go without my child. The HDP can’t discourage me.”

She also urged her son to surrender to the Turkish security forces.

Salih Gokce, another protesting parent whose son was kidnapped by the terror group four years ago, said he had not heard from his son since then.

“The HDP took my son. I won’t leave here before the HDP gives my son back.”