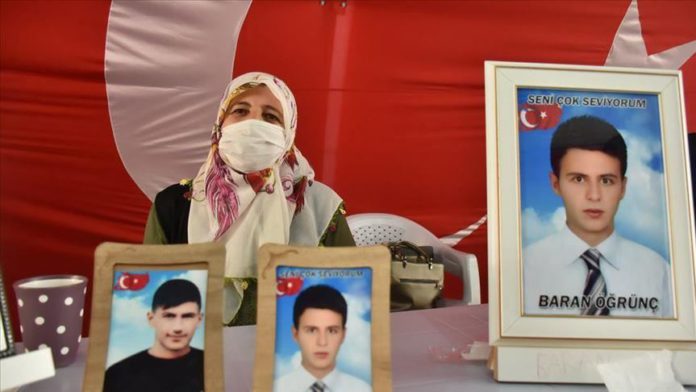 A long-running sit-in by families whose children have been kidnapped by YPG/PKK terrorists entered its 379th day on Tuesday.

The grieving demonstrators have vowed to continue the sit-in until every family is reunited with their children.

One mother, Solmaz Ovunc, said her son Baran was kidnapped and taken to the mountains by the YPG/PKK and HDP five years ago when he was only 15 years old.

The distressed mother said she would not leave the protest until she was reunited with his son.

“HDP members of parliament come to the office through the front door but exit through the back door. We saw their dirty faces today. We want their representatives to come and make a statement to us,” said Ovunc.