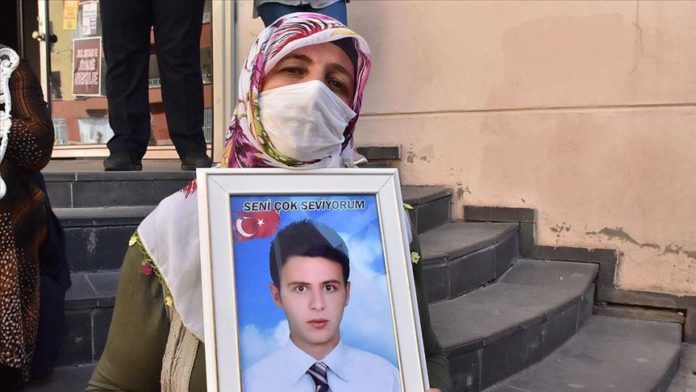 A long-running sit-in by families in southeastern Turkey whose children were kidnapped by terrorists entered its 371st day on Monday.

Solmaz Ogrunc, one of the protesting mothers, said her son was kidnapped by the terror group in the eastern Van province five years ago when he was only 15.

“Enough is enough. All the mothers and fathers shed tears here,” Ogrunc said, calling her son Baran to surrender to security forces.

Gulbahar Kadran, who reunited with her nephew Halil Ibrahim Kadran on Jan. 10, said that she continues protesting to support other mothers.

“We will continue our protest until the last child returns. People should become aware. As a mother and citizen, we have to stop this,” Kadran said.