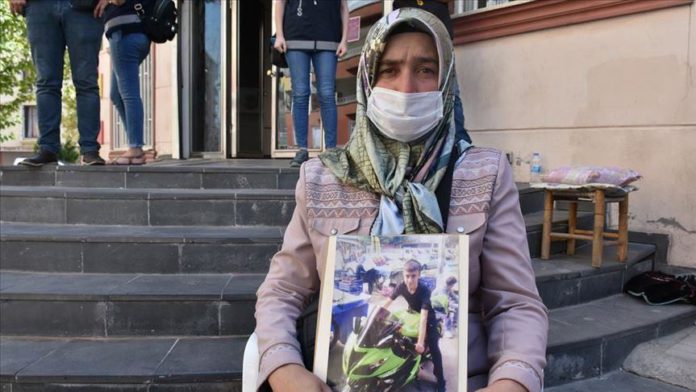 A long-running sit-in by families in southeastern Turkey whose children were kidnapped by terrorists entered its 365th day on Tuesday.

Hatice Ay, one of the protesting mothers, said her minor son was kidnapped by the terror group five years ago when he was only 16.

“I want my son back from HDP,” she said, asking him to surrender to security forces.

Abdullah Demir, father of a kidnapped boy, said a total of 15 kids have returned to their families so far.

“They have no conscience and mercy, otherwise they would not take a 14- or 15-year-old boy to the mountains and give him a gun,” he said.