TurkishPress
Home News Turkey: External assets at $225B in September 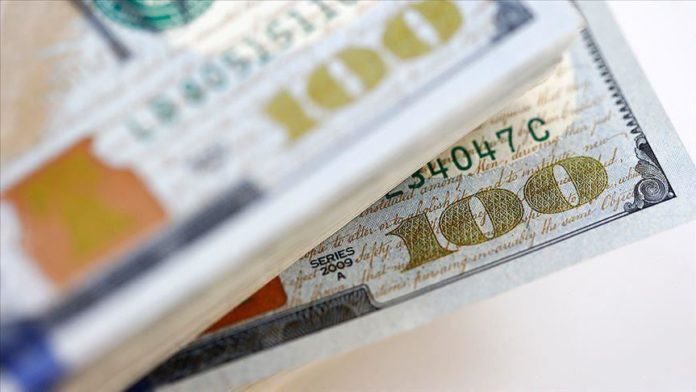 Turkey’s external assets amounted to $225 billion as of Sept. 31, down 11.2% from the end of last year, the Turkish Central Bank announced Wednesday.

The country’s liabilities against non-residents also fell 0.9%, down to $593.5 billion during the same period.

The net international investment position (NIIP) — the difference between external assets and liabilities — was minus $368.5 billion, versus minus $345.4 billion over the same period.

Reserve assets, a sub-item under assets, were $79.7 billion at the end of September, down 24.6% from the end of last year.

Other investments, another sub-item under assets, totaled $90.8 billion, also indicating a fall of 4.5% in the same period.

“Currency and deposits of banks, one of the sub-items of other investment, recorded $48 billion indicating an increase of 1.1% compared to the end of 2019,” said the Central Bank.

On the liabilities side, direct investments — equity capital plus other capital — as of the end of September were $185.4 billion, marking a 13.4% increase, including the effects of changes in market value and foreign exchange rates.

Non-residents’ foreign exchange deposits were $33 billion, down 5.1% in September versus the end of 2019.

The Central Bank added that Turkish lira deposits increased by 8.7% to $14.8 billion.