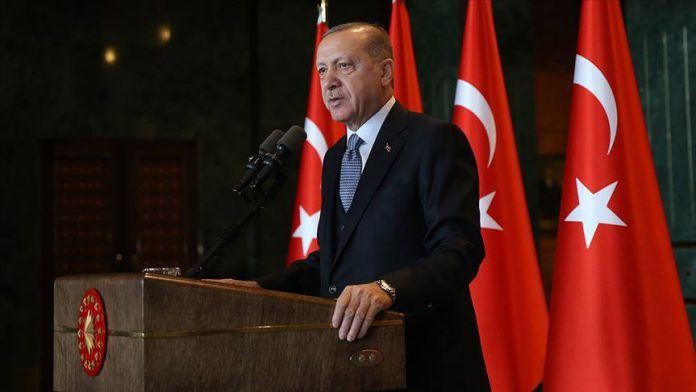 Turkish president on Sunday marked the Jewish festival of Hanukkah and said the government ensured and respected the freedom of all beliefs in line with Turkish civilization based on diversity and respect.

“We have not allowed racist and extremist groups to poison the climate of tolerance that make all members of 82-million [Turkey’s population] live together in peace. We will maintain this sensitivity,” Recep Tayyip Erdogan said.

“I congratulate the Hanukkah festival of Jewish people and wish them peace,” Erdogan added.

Turkey’s new Turksat 5A satellite launched from US