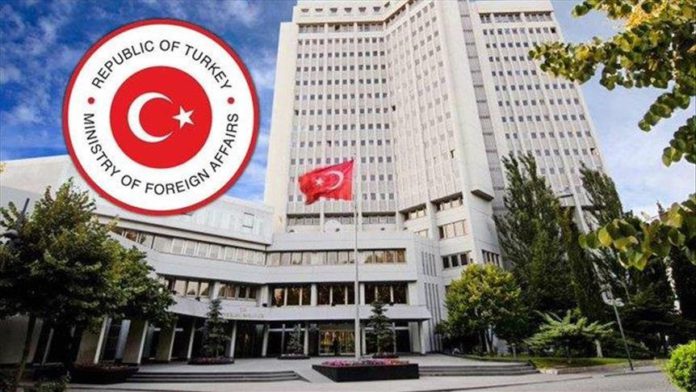 Turkey on Saturday expressed grief over widespread destruction caused by a massive landslide after heavy rains in Japan.

“We share the grief of the friendly people and the government of Japan and convey our wishes for a speedy recovery from the flood and landslide that occurred on July 3 in Atami city, Shizuoka Prefecture, and caused at least 20 people to go missing,” the Foreign Ministry said in statement.

Videos on social media showed a torrent of black mud sliding down a mountain and passing through the city, destroying several houses on its way towards the sea.

Two bodies were found by the coast guard, the local governor was quoted by the media as saying.

A resident said he heard a “horrible sound” and fled as the landslide destroyed everything in its path.

Atami, a popular hot-spring resort, received more rainfall in the first three days of July than it usually sees in the whole month, causing the massive landslide.