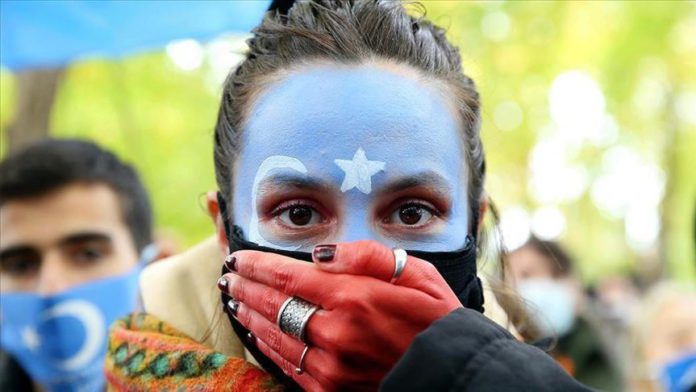 “We attach importance to the role of the UN in addressing the concerns and expectations of the international community regarding practices against Uyghur Turks and other Muslim minorities in Xinjian,” said the declaration.

The declaration also underscored Turkey’s respect for China’s territorial integrity, and said “our country’s well-known expectation from both the international community and the Chinese authorities is for the Uyghur Turks and other Muslim minorities in Xinjiang to live in peace and tranquility as equal citizens of China.”

“In addition, their cultural and religious identity should be respected and guaranteed,” the declaration added.

Turkey’s declaration also pointed to its ethnic, religious and cultural ties with Uighur Turks, and said “the human rights practices against Uyghur Turks and other Muslim minorities in Xinjiang in recent reports have made us particularly worried.”

In its declaration, Turkey vowed to continue following up the matter of Uighur Turks and Muslim minorities in China at various international platforms such as the UN and the Organization of Islamic Cooperation (OIC), and said it “will continue to direct and constructive dialogue with China on a bilateral level.”

Turkey also said it expects “a meaningful, comprehensive and unrestricted visit to Xinjiang” by the UN High Commissioner for Human Rights and that “China will act transparently on this issue.”

Rights groups, including Amnesty International and Human Rights Watch (HRW), accuse Beijing of oppressing the 12 million Uighurs in China, most of whom are Muslims.

A 2018 HRW report focused on what it said was a Chinese government campaign of “mass arbitrary detention, torture, forced political indoctrination, and mass surveillance of Xinjiang’s Muslims.”

China has repeatedly denied allegations that it is operating detention camps in its northwestern Xinjiang autonomous region, home to the Uighur community, claiming instead that it is “re-educating” Uighurs.

Jordan to hold elections on Nov. 10 amid COVID-19