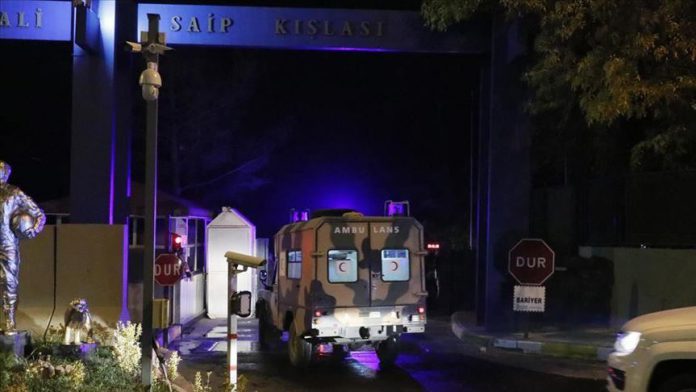 Fourteen security forces were injured during two simultaneous explosions in Turkey’s southeastern Sanliurfa province, according to a provincial governor on Wednesday.

“Two separate explosions occurred in the armory. Fourteen personnel who were assigned to protect the armory were injured as a result of the explosion,” the Sanliurfa Governorate said in a statement.

Governor Abdullah Erin told Anadolu Agency that he launched an investigation into the incident.

The explosion occurred in the 20th Armored Brigade Command in Sanliurfa’s Haliliye district.

Scores of firefighters and medical personnel were sent to the region.