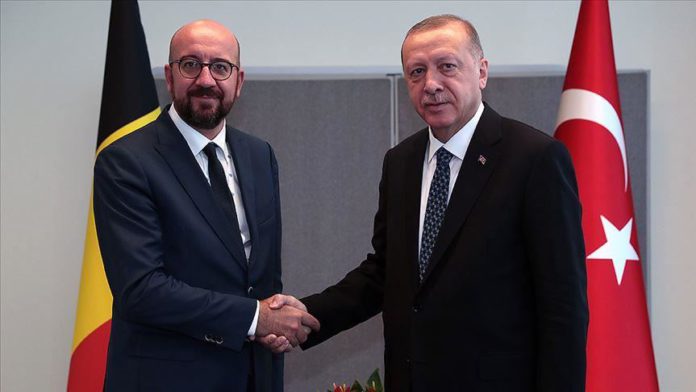 The Turkish president and the European Council head spoke over the phone on Thursday, particularly discussing the Eastern Mediterranean, Turkish authorities said.

Recep Tayyip Erdogan told Charles Michel that Turkey expects EU organizations and member states to adopt an objective and consistent stance on all regional issues, especially on the Eastern Mediterranean, without being deceived by provocations, said a statement by Turkey’s Directorate of Communications.

Erdogan reiterated that Turkey is open to a solution that protects the rights of all parties with a friendly dialogue and negotiations based on justice.

He also underscored that Turkey will resolutely continue protecting its all rights and interests in everywhere and every time against all initiative that ignores its rights with unilateral steps.

The two leaders also discussed the Turkey-EU relations and other regional development, the statement said.