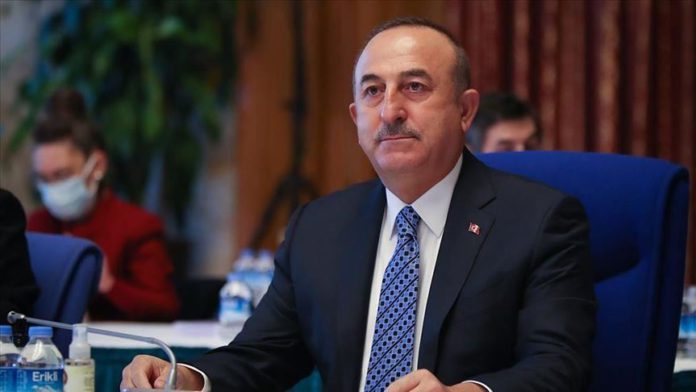 Turkey expects the EU to acknowledge its mistakes and understand the value Turkey’s membership will bring to the bloc, the country’s foreign minister said on Tuesday.

“We expect the EU to acknowledge its mistakes and understand the value that Turkey’s membership will add to the union. In that case, we believe that a more productive relationship can be established for both parties,” Mevlut Cavusoglu told the Turkish parliament’s Planning and Budget Commission in the capital Ankara.

Cavusoglu stressed that developments in the Eastern Mediterranean and the Aegean affect Turkey’s relations with the EU.

Some member countries bring their bilateral problems with Turkey to the EU, he said, adding that those countries were wearing “a so-called ‘membership solidarity’ mask,” and using it against the country.

Turkey, in all its EU contacts, stresses its desire to be in a constructive dialogue, Cavusoglu also noted.

Turkey applied for EU membership in 1987 and its accession talks began in 2005. But negotiations stalled in 2007 due to objections of the Greek Cypriot administration, as well as opposition from Germany and France.

Ankara has also repeatedly complained that Brussels has failed to keep its promises under the 2016 EU-Turkey migration deal to help migrants and stem further migrant waves.

Cavusoglu said that despite some different views on regional peace and security, including Syria and Libya, Turkey tries to act in consultation and coordination with the US, its NATO ally.

The election period and political polarization in the US made it difficult to effectively implement the necessary dialogue to overcome our problems, he added.

“Elections were held in the US. We will make the necessary effort to move our relations back in a positive direction based on the strategic interest of both countries,” he said.

In this new period, it will be important to open new pages in our relations in terms of our economic, political, and security cooperation, he stressed.

While US President-elect Joe Biden is the projected winner of the Nov. 3 election and set to be inaugurated in January, outgoing President Donald Trump disputes the election results, and claims that he will win the White House race after his legal team exposes the “fraud”.

US: CrossFit CEO steps down after George Floyd tweet