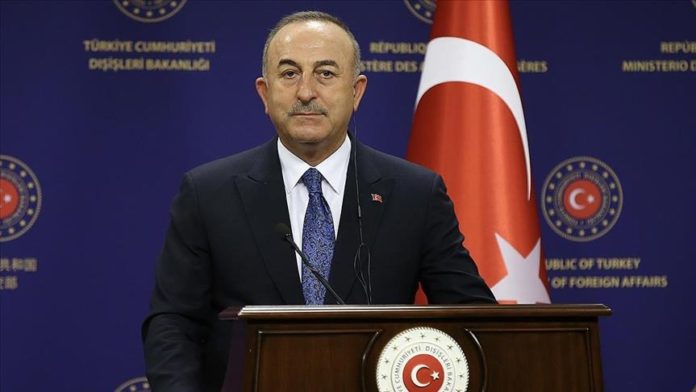 The EU needs to act as an “honest mediator” in the Turkey-Greece negotiations on the Eastern Mediterranean, the Turkish foreign minister said on Tuesday.

Speaking at a joint news conference in Ankara with his Hungarian counterpart Peter Szijjarto, Mevlut Cavusoglu said Turkey always expects the EU to act strategically and with good sense.

Cavusoglu stressed that Turkey gave diplomacy a chance, but the same effort was not reciprocated by the Greek side, with Athens recently boycotting NATO meetings aimed at defusing tensions.

Ankara has also said energy resources near the island of Cyprus must be shared fairly between the Turkish Republic of Northern Cyprus (TRNC) and the Greek Cypriot administration of Southern Cyprus.

Szijjarto, for his part, hailed Turkey’s role in hosting millions of refugees.

Had it not been for Turkey, thousands of migrants would have landed at the EU borders, he said.

“Whether they like it or not, the EU’s security is significantly in the hands of Turkey,” he said.

Turkey is currently hosting 4 million Syrian refugees, making it the largest refugee-hosting nation in the world.