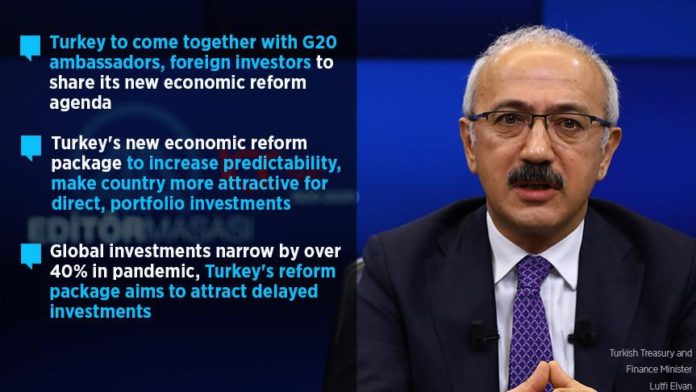 Elvan underlined that Turkey has significant advantages in attracting investments with the reform package.

The package will increase predictability and make the country more attractive for direct and portfolio investments, he stressed.

“We’ll come together with EU and G20 ambassadors, as well as foreign investors, to share the reform agenda,” he stated.

Turkish economy back to normalization after US, Russia deal