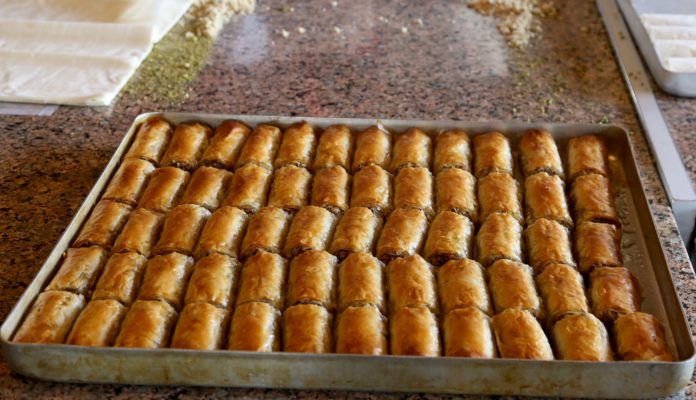 Baklava with molasses, a product of Turkey’s eastern Erzurum province, has earned a coveted geographical indication from the Turkish Patent and Trademark Office, authorities announced on Friday.

With the indication, Baklava will join a number of items that already won the designation such as cag kebab, kadayif dolma, civil cheese and su boregi (pasty).

“The most distinctive feature of this baklava is that it’s made from molasses made from mulberry trees grown in the region and doesn’t contain sugar or glucose,” Hakan Oral, head of Erzurum Chamber of Commerce, told reporters. “We’re also working to get a geographical indication for nearly 30 products.”

Oral also said the city is a nominee to become a city of gastronomy.

“Our goal by the end of the year is to have more than 50 geographical indications,” he said, adding that such honors not only protect local values but also contribute to employment.

To make baklava with molasses, a dessert developed in Erzurum in the 1950s, the dough is rolled out thinly as possible with special rolling pins and is filled with locally produced pistachios, walnuts, and mulberry molasses. It is the sweetening method that separates this baklava from other kinds.