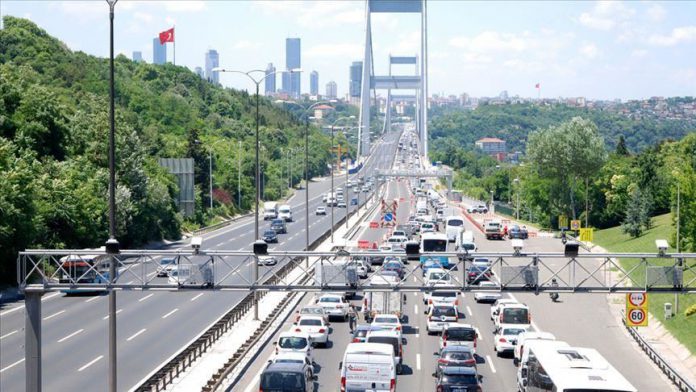 The July 15 Martyrs’ Bridge and the Fatih Sultan Mehmet Bridge in Istanbul, connecting Europe and Asia over the Bosphorus, yielded over 39 million Turkish liras ($6.6 million) last month, according to the General Directorate of Highways.

The figures indicate that more than 35 million vehicles went through the toll booths during the same period.