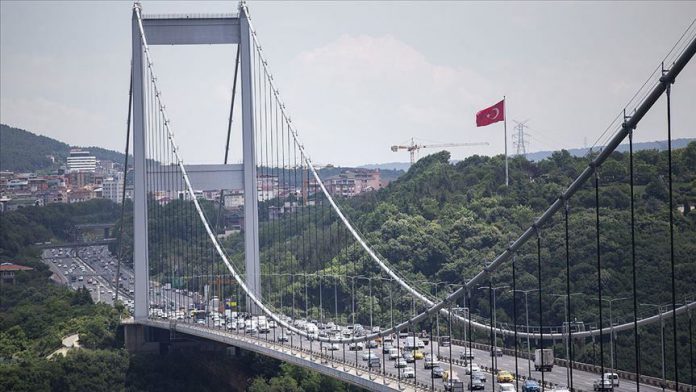 Turkey earned over 1.8 billion Turkish liras (some $322 million) in tolls from two bridges on the Istanbul Strait as well as roads in the first 11 months of this year, the Turkish Highways Directorate said on Wednesday.

Some 419 million vehicles went through the toll booths this January-November.

The July 15 Martyrs’ Bridge and the Fatih Sultan Mehmet Bridge, both spanning the Bosphorus and connecting Europe and Asia, together yielded 386 million liras ($68.2 million), while toll highways throughout Turkey reaped 1.4 billion liras ($254 million) in the same period.