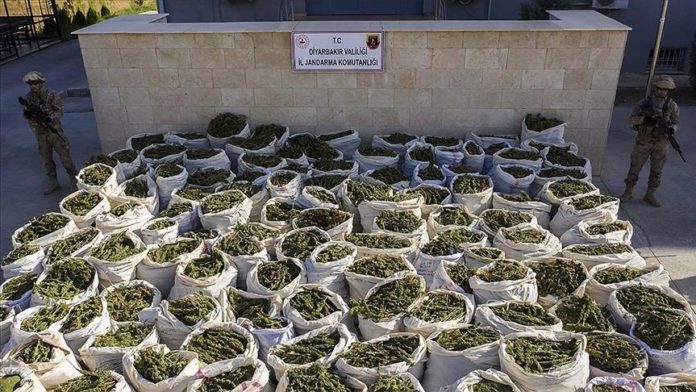 Turkish security forces struck a heavy blow to the illegal drug trade in 2020, catching large amounts of contraband and targeting illicit groups in thousands of operations, according to a report released Thursday.

The country’s anti-drug efforts continued at full speed, with gendarmerie forces conducting more than 17,800 operations and arresting over 24,700 suspects, it said.

According to the gendarmerie report, narcotic teams confiscated more than 67 tons of marijuana, along with 113.7 million cannabis roots, nearly 2.4 tons of heroin and 812,000 ecstasy pills.

On the front lines against trafficking and organized crime, security forces conducted more than 12,000 operations and arrested 22,000 suspects.

ANALYSIS – European Council conclusions: How can they shape stalled EU-Turkey...