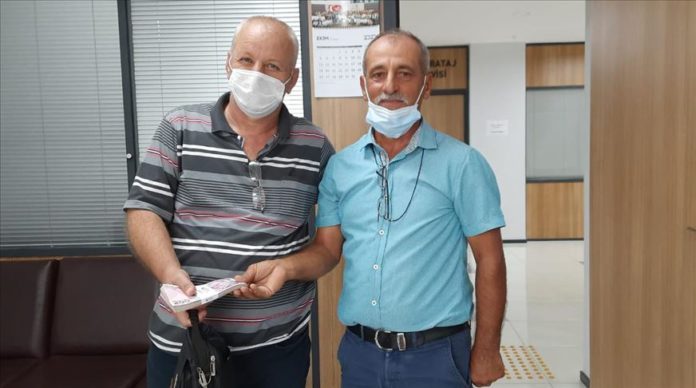 A Good Samaritan who returned a dropped wallet with a large sum of money inside has reaffirmed one Turkish man’s faith in humanity.

The money in the wallet – 20,000 Turkish liras (about $2,500) – was dropped by Mustafa Ozden on a road after making a large bank deposit, as he told Anadolu Agency on Tuesday.

After realizing his wallet was missing, Ozden went to the local police in Ortahisar in Turkey’s Black Sea region.

The police issued a public announcement, and soon Ozden was called back in to collect his lost wallet.

Aslan Aydemir, the man who returned the stray wallet, said he never looked to see how much money was inside, but in the end it made no difference.

Praising Aydemir’s honesty and commitment to do the right thing, Ozden said: “Humanity and conscience haven’t died yet.”