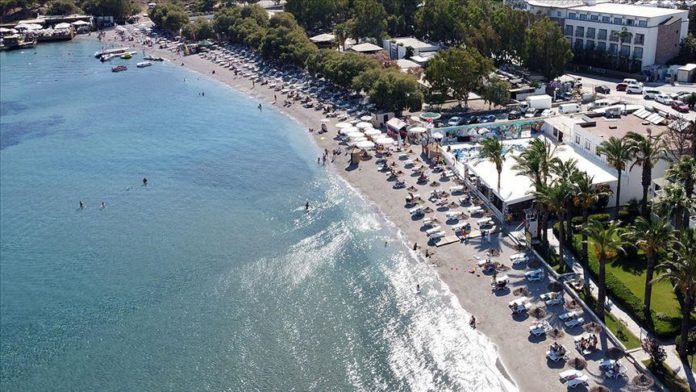 The number of foreigners visiting Turkey reached 7.3 million in January-August, according to the Culture and Tourism Ministry.

Due to COVID-19 related travel restrictions and measures to stem the spread of the virus, the 9-month figure was down 76.6% from the same period last year, the ministry data showed on Monday.

After appearing in China last December, the novel coronavirus has spread all around the world, causing millions of infections and over a million of deaths.

The travel and tourism sector was hit hardest by the virus as people deserted streets and avoided human contact.

After postponing the tourism season and canceling a number of events such as fairs and expos, Turkey reopened tourism facilities in June as part of normalization process with rigorous safety measures.

Istanbul, Turkey’s largest city by population and a top tourist draw, hosted nearly 44% of all visitors – some 3.2 million – in the first nine months of the year.

The Mediterranean resort city of Antalya followed with 20% or 1.4 million foreign visitors.

Edirne in northwestern Turkey, which borders both Bulgaria and Greece, saw 981,026 foreign visitors from January to August.

Official data also showed air was the most popular way for foreign visitors to reach Turkey, with 5.4 million foreign travelers flying in, while over 1.7 million used roadways.

Last month, more than 1.8 million foreign visitors entered the country, a year-on-year decrease of 71%, but jumped 95% from the previous month.