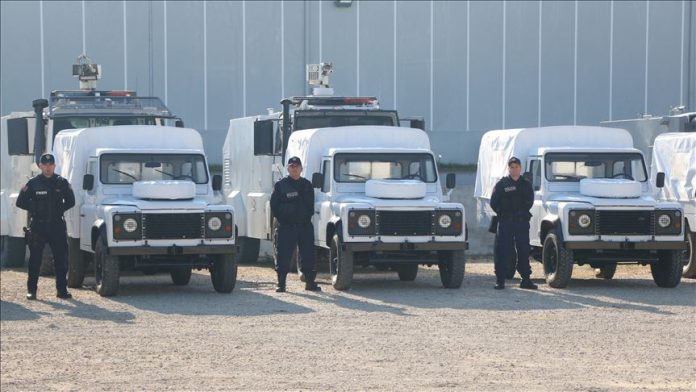 The equipment was donated to the police of the Balkan country in a ceremony at the Rapid Response Office in the capital Tirana.

Speaking at the ceremony, Mehmet Ersoy, Turkey’s deputy interior minister, said that Turkey considers this an act of sharing with its brothers.

“We don’t see this donation as a grant. We see it as we have to share with our brothers. If we’re safe, you’re safe. If you’re safe, we’re safe,” said Ersoy.