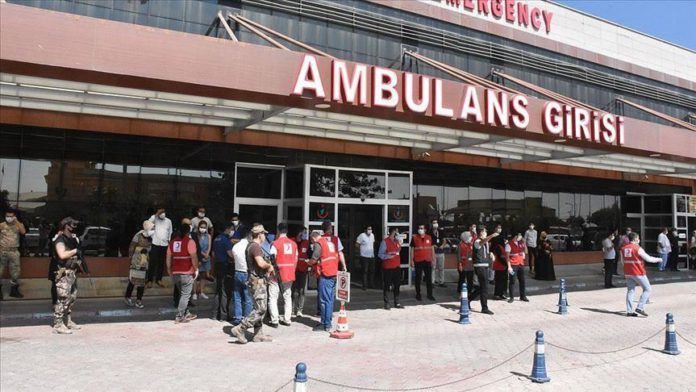 ANKARA (AA) – Foreign diplomatic missions in Turkey on Monday condemned an armed attack on a Turkish Red Crescent (Kizilay) vehicle in northwestern Syria which martyred one aid worker and injured another.

In a statement, the charity group said the vehicle, traveling from the border towns of al-Bab, Syria to Cobanbey, Turkey, was caught in the crossfire by people wearing masks and camouflage fatigues. The injured staffer was brought to Turkey for treatment.

The US Embassy in Ankara on Twitter condemned the attack, saying: “We extend our sincere condolences to the family of the victim, and wish a full recovery for the wounded. Humanitarian workers are #NotATarget.”

The head of the EU Delegation to Turkey also posted a condolence message on Twitter: “Ambassador Meyer-Landrut offers the EU Delegation’s heartfelt condolences for the loss of a Turkish Red Crescent humanitarian worker in Syria’s Al Bab. Attacks on humanitarian workers are unacceptable and threaten the delivery of urgently needed aid to those in need.”

The British Embassy in Ankara also decried the attack, saying on Twitter: “We condemn the attack on the vehicle of the Turkish Red Crescent in Syria. Deliberate targeting of aid workers is a clear violation of International Humanitarian Law. Our condolences to the family and friends of the aid worker who lost his life and we wish immediate recovery to the wounded.”